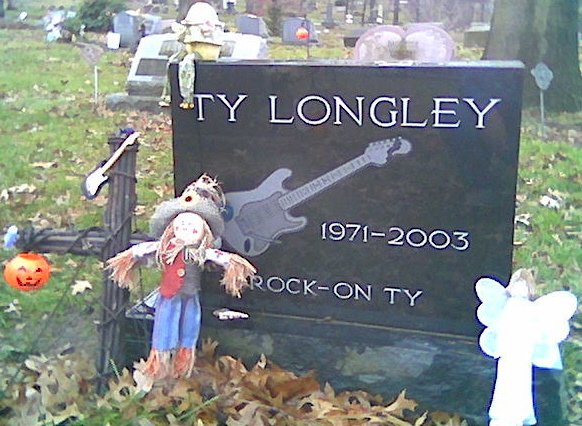 Ty Longley (September 4, 1971 – February 20, 2003) was an American guitarist and vocalist. He was born in Sharon, Pennsylvania, and graduated from Brookfield High School in Brookfield, Ohio.

Longley joined the band Great White in 2000, played in Samantha 7, and played in Nick Menza’s solo project which included guitarist Anthony Gallo and bassist Jason Levin. He died in the The Station nightclub fire on February 20, 2003, which claimed 99 other lives as well.